The Supreme Court means lifetime appointment. The three cases below indicate the importance of a Supreme Court nomination. It remains a means for the President to extend his legacy, at least in theory. Unlike Congress, where the members campaign to get re-elected, the Supreme Court is removed from such tawdry scenes of glad-handing and throwing sops to the ideological base. In very real terms, the Supreme Court is freed from re-upping their terms like the commoners in Congress and do not have to follow the fickle spasms of public opinion. Supreme Court justices also have very little worry of getting thrown out of office. 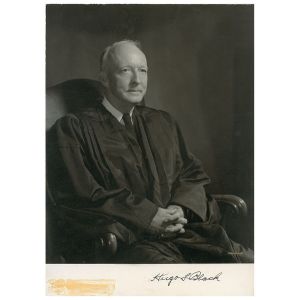 Hugo Black came to the bench early into FDR’s second term. The President wanted to install justices more sympathetic to the New Deal and help the United States out of its economic tailspin. Black would to make decisions, good and bad, until he died during Nixon’s first term. Black, along with fellow FDR nominee William O. Douglas, were the liberal gruesome twosome for decades. They represented a left-leaning extremist bloc on the Court similar to the current Court’s ultraconservative bloc of Thomas and Scalia. 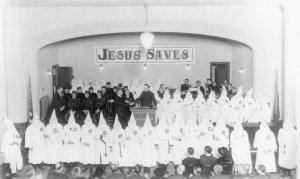 Unlike Douglas, Black came to the Court with serious baggage. While the nomination process proved far less fractious and controversial than, say, Clarence Thomas or Robert Bork, Black had to answer for his involvement in the KKK. It was a truism in the South that the KKK smoothed obstacles to those seeking public office. Black told a skeptical public that the KKK was no more than a social club and he promptly resigned his membership once he became a Senator. He’s half-right. The KKK was a social club, while simultaneously acting as a Protestant extremist domestic terrorist group.

Once Black became a Supreme Court justice, he used his power to take a stance of civil rights absolutism. (The absolutism wasn’t complete, since he sided with FDR in the Korematsu case upholding the government’s case to imprison Japanese-Americans for national security reasons. But he also used the Korematsu case as precedent to overturn Brown v Board.) Throughout his career as a justice, the media and the general public saw his civil rights voting record through cynical eyes. Was this some mea culpa for KKK membership?

The Brethren chronicles Black’s civil rights absolutism, much to Chief Justice Burger’s chagrin and the annoyance of the pro-business conservative bloc. His decisions on Brown and other civil rights cases proisoned his legacy with certain generations in the South, but as a justice, he believed in personal honor, a literal interpretation of the Constitution, and freedom for all regardless of color. While his background with the KKK did have a role with his civil rights decisions, it is the opinion of this reviewer that one can read too much into this. But this opinion is tempered by the obvious fact that aspiring politicians will do anything and everything to achieve public office. Politicians are nothing if not expert opportunists with electorate consistently willing to satisfy this personal opportunism.

To date, William O. Douglas has had the longest Supreme Court tenure, spanning his nomination by FDR and his retirement during the Ford Administration. A sprawling 36 years, 209 days. But like his liberal compatriot Black, Douglas had his share of personal misfortune and political opportunism. Unlike today’s Court, the Court of FDR relied on geographic representation to mirror the face of America. With its bevy of East Coast aristocrats, the foreign-born Austrian Jew Felix Frankfurter, FDR rounded out the Court with Black from the Deep South and Douglas from the Pacific Northwest.

He became the subject of two impeachment hearings (1953 and 1970), the first because of his stay of execution in the Rosenberg case, and the latter focusing on financial irregularities. The first case involved one of the most controversial treason trials in US history, the culture steeped in McCarthyism and anticommunist hysteria. The second time was based on pure political opportunism. Douglas did have his share of scandals, but by 1970 Nixon wanted to remake the Court in his image. The Brethren investigates the early Nixon years of the Court and the newly minted tenure of Chief Justice Burger. Scandal had driven the LBJ nominee Abe Fortas and Nixon figured he could boot out Douglas now that he had the chance.

Douglas drove a weed up Nixon’s ass because he was a strident social libertarian. Born in Minnesota, he grew up in Washington state and Oregon, imbuing him with a sense of environmental mission and a strong dislike for government meddling. His background makes him similar to fellow Westerner Sandra Day O’Connor. In the West, the bustle and reach of DC seems distant. Coupled with vast spaces and a different set of social problems (water rigts vs. civil rights), Douglas became one of the leading spokesmen on environmentalism.

His 36 year Supreme Court tenure was only one facet of his government service. He was a gun-toting head of he Security and Exchange Commission (back when the SEC actually meant something, not its present manifestation as the meter maid to deregulated kamikaze capitalism), a Senator, and a Vice Presidential nominee in 1944. The span from 1939 to 1944 involved an amateurish Douglas grandstanding to the crowds, using the bully pulpit of the Supreme Court as a means to curry favor for a successful VP campaign. It was not to be. Following the defeat, Douglas re-assessed the situation and instead decided to make his legacy the Supreme Court. 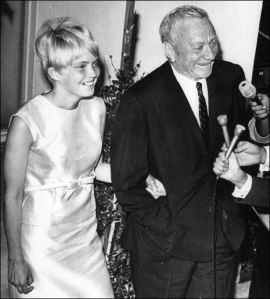 During his time on the Court, he wrote revolutionary decisions on various topics including civil rights, free speech, and the environment. His political philosophy of civil libertarianism stems in part from his disastrous personal life. He had multiple wives and, prior to his death, had wed a young bride decades his junior. Because of his advanced age, chronic health problems, and difficulty communicating following a stroke, Douglas retired from the Court. Unfortunately, Douglas still wanted to participate. His tenure ended with a whimper, not a bang, as the Brethren illustrates. The last days of Douglas on the Court involved the frail elderly and incontinent Justice wheeled around by a young nurse. It was a tragic end to a magnificent judicial career.

Rehnquist was a Nixon nominee who came to the Court seeking to reshape the rampant liberalism of the Warren Court. He begin his term as an associate justice and then was nominated by President Reagan for Chief Justice. Unlike other justices who gradually transition into their ideological niche, Rehnquist’s promotion from associate justice to Chief Justice required a different skill set. 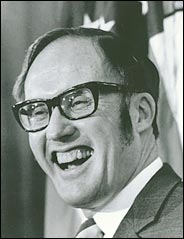 When he began on the Court as an associate justice, he was a hardline conservative from the Justice Department. He quickly established his conservative bona fides with hardline opinions and an intellectual brilliance in the decisions he wrote. In ideological terms, he belonged to the same hardline conservatism of justices Clarence Thomas and Antonin Scalia. Ironically, Rehnquist’s personal appearance offset his hardline ideology. Nixon and older jurists thought his longer hair and sideburns made him look like a hippie. “Cut those sideburns, Mattingly!”

In 1986, Rehnquist became the fifth associate justice to be promoted to the position of Chief Justice of the Supreme Court. Like Hugo Black, Rehnquist’s confirmation hearing sparked controversy, because he had written a memo for Justice Robert Jackson arguing upholding Plessy v Ferguson‘s separate but equal doctrine. As stated in previous installments, the Chief Justice faces a different set of challenges and tasks than an associate justice. The Chief Justice is part administrator and part caretaker of the Court’s historical legacy. Now it was the Rehnquist Court. Throughout his tenure as Chief Justice, Rehnquist nursed the usual conservative crusades: repeal Roe and Lochner, the latter associated with the role of government regulating commerce, and making it easier for law enforcement to prosecute criminals. The balance was a tricky one, since the shadow of Chief Justice Taney’s decision in Dred Scott and Chief Justice Burger’s bungling ineptitude meant the Supreme Court needed to a firm hand. Now Rehnquist needed to work as a strategist, not as an ideological tactician.

Under Rehnquist’s leadership, the Court handed down many 5-4 split decisions. In order to avoid the weak decisions (as opposed to a very strong unanimous vote), Rehnquist needed finesse and to corral fellow justices with “join memos.” But one should not be deceived by the position of power and the power to write a Court opinion. Again, recalling the Chief Justice’s administrative duties, it became Rehnquist’s job to decide what cases would be heard, in what order, and which justice to assign writing the decision. While Rehnquist achieved a lot to repair the Court’s reputation following Chief Justice Burger, the Rehnquist Court lost a lot of institutional credibility when the Bush v Gore decision fell along party lines. Unlike the Court’s self-created mythos of being above the political fray, the decision made the Court appear like nothing more than hired guns of the Republican Party. Public cynicism would only deepen when the Rehnquist Court acted as a legitimizing force to the morally questionable foreign and domestic policies of the second Bush administration. Then again, cynicism isn’t necessarily a bad thing, especially when the planners think liberating a Middle Eastern nation will be “a cake walk” and institutionalized torture and death squads were caused “by a few bad apples.” The public needs to keep a vigilant eye over its judicial interpreters and a heavy dollop of cynicism might be what is required.

Up next: Cass Gilbert’s Steps