I was in Chicago this week (more about that later) and wasn’t near a computer.  But during those days I had reviews posted at the New York Journal of Books and CCLaP.  Here’s the rundown: 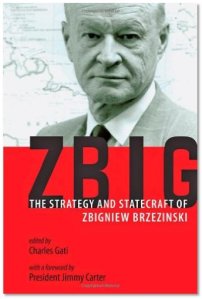 Zbig: The Strategy and Statecraft of Zbigniew Brzezinsky, is an informative and challenging introduction to the academic and public life of Jimmy Carter’s national security advisor.

Trade is a great short novel (or novelette). It begins strong, with a snarky, cynical narrative voice and “insider baseball” gossip on the inner workings of start-up investments. The Chet Bull misadventure is a tour de force and worth the admission price. My only quibble is with the ending. If Bloom could have sustained the energy and attitude throughout, it could have been an incredibly good novel. The depressed office worker as narrator and the treatment of sexuality with clinical detachment made the story feel like a mad cross between Fight Club and J.G. Ballard’s Crash. The novel fell off the rails at the end. It devolved into an extended essay on how society changed after the narrator’s sexual social media platform takes off and becomes a global phenomenon. The energy that began the novel drained away and it became more didactic. That said, if Bloom could expand this world into a full-length novel, with the same energy and attitude, then he’d really have something. As it stands, the novel feels like it stops abruptly. Even with this criticism, I would still recommend it to fans of challenging speculative fiction along the lines of J.G. Ballard and William S. Burroughs.