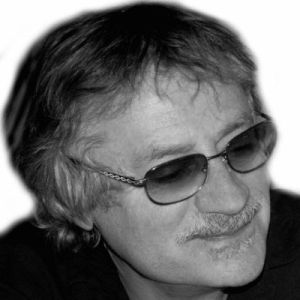 I reviewed Ivan Goldman’s Sick Justice: Inside the American Gulag for the Chicago Center for Literature and Photography. It was a rare occasion for a book I reviewed to score a perfect 10. In this interview, I talk with Ivan Goldman about our damaged and corrupt justice system, media scaremongering, and those annoying (and seemingly omnipotent) Koch brothers.

What circumstances inspired you to write Sick Justice?

I’ve worked as a police reporter and seen the system deteriorate over the years. One day after I was no longer working for newspapers someone close to me was scheduled for a hearing on a drug charge. I showed up to offer moral support. The judge was rushing though other cases on his roster. Plea bargains had been settled on most of them. Defendants had to confirm them in open court. Most were in jail jumpsuits, their hands shackled behind them. One man stood out because he was past middle age, much older than the others. A balding black man with a friendly demeanor. He’d served a prison sentence decades earlier, and the judge asked the prosecutor the nature of the old offense. “Nothing serious,” the prosecutor said. He paused and added, “Like this one.” “This one,” whatever it was, had earned the man a two-year sentence. The judge banged his gavel on the deal. Wait a minute, I said to myself. Am I the only person in the courtroom who’s not crazy? If the old offense wasn’t serious, why did he go to prison? And why, if this new offense was also non-serious, were they sending him back? There had to be a smarter way to handle this, but the judge, prosecutor, public defender all saw nothing unusual. You see this every day, and you begin to think it’s the way things ought to be. Incidentally, the offenses weren’t named in open court. Very typical. Contrary to the spirit and letter of the Sixth Amendment, in 95 percent of criminal cases everything important is settled behind closed doors in plea bargains. This incident triggered one of those epiphanies Joyce wrote about. I began taking notes and Sick Justice was born. I put aside a novel to write this book. Now I’m back at the novel.

When private corporations cut corners in penal institutions to boost profits there’s basically no one to stand up and protest because prisoners, at the very bottom of the 99%, are the least powerful people in America. Not even allowed to vote. So in this system of checks and balances, there’s very little check or balance on their side. Private companies aren’t covered by the Freedom of Information Act. They’re responsible to shareholders. They can cover up and conceal their doings from inspectors and legislators. Think back to Victor Hugo’s innkeepers the Thenardiers, who mistreated little Cosette because it paid better. It’s an inherent conflict of interest. We all see rent-a-cops in our daily life. It’s one thing to have them guarding stuff in a warehouse and quite another to put them in charge of helpless captives. That’s a job for sworn officers with training.

A 2008 study tracked more than 23,000 released convicts and found private prison inmates had a much higher rate of recidivism.

How has organized labor factored into the for-profit prison scenario? What is the income-to-membership ratio in the prison guard union versus the California teachers union?

The California prison guards union was a prime mover in passing the most hideous three-strikes legislation in America. Voters have since modified it, but it’s bad. If guards succeed in keeping more people in prison and for longer sentences then they can buy bigger RVs and high-def TV screens. Their union is much more powerful than the California teachers union, which has ten times the membership. They gave $2 million to the campaign of Gov. Jerry Brown and he’s constantly working toward keeping more people in prison longer and pulling every dime out of the budget that might be used for job training or rehabilitation of prisoners. Most people still believe Brown is a liberal. It would be funny if it weren’t so tragic.

FAMM (Families against Mandatory Minimums) does great work. Check the website. It brought me the case of Atiba Parker, a non-dangerous young man doing 42 years in Mississippi for selling crack to an informant. Like many addicts, Parker is emotionally ill and tried to self-medicate with drugs. The quantity of crack he sold weighs about as much as a restaurant sugar packet.

There’s the Brennan Center for Justice at NYU School of Law. Hyperincarceration is just one of its project areas, but it’s very capable. Human Rights Watch has paid some attention to sick justice in the U.S., which has the largest prison population in the world. RAND Corporation did a great study showing that spending money on treatment is eight times more effective than jailing substance abusers. But you get one horrible criminal like this Ariel Castro in Cleveland and everyone wants to put all offenders away for life. If we spent our money more wisely and weren’t out chasing drug offenders whose crimes involve no victims, guys like Castro wouldn’t fall between the cracks.

The University of California Berkeley Center for Investigative Journalism has been helpful. A Swedish friend at Amnesty International is trying to get that organization to pay attention. Many of these groups just assume all the injustices are in developing countries. They don’t know about the Atiba Parkers or, for example, Anthony Fletcher, an ex-fighter who’s done 21 years on Pennsylvania’s Death Row for defending himself against an armed robber. Anthony was unarmed but while wrestling for the other guy’s gun he managed to turn the barrel away from himself. He’s only doing time because he had terrible legal representation and refused to accept a plea bargain. See http://freeanthonyfletcher.com/

You mentioned the Innocence Project. It’s freed hundreds of convicts who weren’t just proven not guilty on a technicality. They were downright innocent. Many of these defendants were framed by out-of-control prosecutors. I have been unable to find one instance when criminal charges were brought against these people. When a guy frames you for murder and gets you sentenced to death, he’s committed attempted murder. But prosecutors don’t prosecute other prosecutors. Unwritten law.

ALEC and the Koch Brothers seem to be the go-to figures for demonizing and fearmongering. Are these fears justified? The Koch Brothers are just two guys? What’s the big deal? Why can’t they be taken down?

The Number One job of mass news media is to frighten us. It’s the easiest way to attract attention. So whenever I read we are doomed over some particular set of circumstances I try to remember this and settle down. But the Koch brothers working through ALEC and other malevolent institutions really do quite a lot of damage. One example? Republicans control the House even though Democrats got more votes overall in House races. Why? Because the Kochs and their allies carefully steered tea party wackos to majorities in State Legislatures, which gerrymandered House races. The Kochs aren’t just a couple of little guys behind a curtain. They buy lots of politicians and legislation when the Supreme Court has made money an even more powerful political tool. They have billions of inherited dollars and very astutely press their agenda to enrich themselves and their pals at everyone else’s expense. They equate prisoners, who are at the very bottom of the 99%, as a species of farm animal they can keep penned up to further enrich corporations. There’s a saying in boxing. While you’re being lazy your opponent is training. The Koch brothers hire people who are out there trying to damage us every minute.

Right now in terms of perverted criminal justice nothing is more damaging than the crazy War on Drugs, which is perpetuated by the Kochs and their buddies. The Patriot Act allows black-bag jobs. Cops can go into your home, look through your stuff and leave without telling you they were there. It’s been done hundreds of times, and in approximately 96% of cases it’s been used in drugs, not terror investigations.

Yes. Problems were about this bad when Teddy Roosevelt rallied the country against trusts and monopolies. FDR, constantly under attack by right-wingers, said “I welcome their hatred.” Plenty of good people are out there. I go to a boxing gym and see trainers putting in hours every night helping to keep at-risk kids off the streets, giving them self-respect and teaching them racial blindness by example. Outside the gym there’s a public park where soccer, basketball, baseball, and football coaches do the same thing. These are fantastic people who walk the walk and don’t need an audience or a TV camera around to do it.

The problem is that our system weeds such people out of the political structure. We now have people in office who benefit from having poorly educated constituents and they do their best to make that happen. Remember that many of our media people are the product of these adulterated educational systems. So when our criminal justice system doesn’t work properly they don’t stop to think maybe they ought to look for ideas elsewhere. The criminal justice system isn’t a proprietary enterprise. It’s OK to copy from Portugal, for example, which has incorporated some terrific ideas into how to handle substance abusers. No one will sue us for patent or copyright infringement.