David Anthony Witter puts a new spin in the crowded field of travel guides.  Oldest Chicago offers the reader a guide to the oldest places in Chicago and its suburbs.  The guidebook encompasses everything from the commonplace (oldest school building: St. Ignatius College Prep, 1869) to the esoteric (oldest tamale shop: La Guadalupana, 1945).  From the oldest church to the oldest magic shop to the oldest slaughterhouse, they are all in here and much, much more.

Witter seamlessly blends the historical, the informative, and the personal into a unique take on the travel guide.  Throughout the guide, the dark undercurrents of change clash with the forces struggling to preserve old buildings.  Sometimes that devastation is a disaster like the Great Chicago Fire of 1871 to the man-made devastation of the ironically named “urban renewal” of the Fifties, Sixties, and Seventies.  Marvel at the buildings either decades or hundreds of years old, most in their original use.  He tells the story of the original Maxwell Street in the entry on Jim’s Original Maxwell Street (1939), the Oldest Hot Dog Stand.  The transformation of Maxwell Street from a primarily Jewish neighborhood to a predominantly African-American neighborhood mirrors the travails of nineteenth and twentieth century American life.

Witter gives a more personal history on The Medinah Athletic Club (now the Hotel Inter-Continental), the oldest indoor, Olympic-sized swimming pool.  Built in 1929, the Athletic Club played host to the famous, including Tennessee Williams.  The young Witter worked as a pool attendant.  He struck up a friendship with Williams in his waning later years. 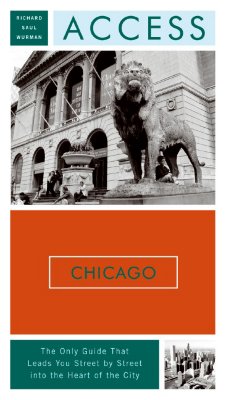 For the non-native traveler.

The guidebook will please any Chicago native.  Unfortunately, for those unfamiliar with the city, Witter references things only Chicago natives would pick up.  He talks about the “council wars” of the 1980s, but doesn’t explain what they are.  These are all small quibbles to a wonderful read.  For those unfamiliar with the Windy City, it is advisable to have a more traditional guidebook at your side.  I would recommend Access Chicago by Richard Saul Wurman.  It is comprehensive, exhaustive, and filled with maps.  Read Oldest Chicago and mark down the sites in Access Chicago for your next trip.  Plan ahead and don’t panic.

One thought on “Oldest Chicago by David Anthony Witter”