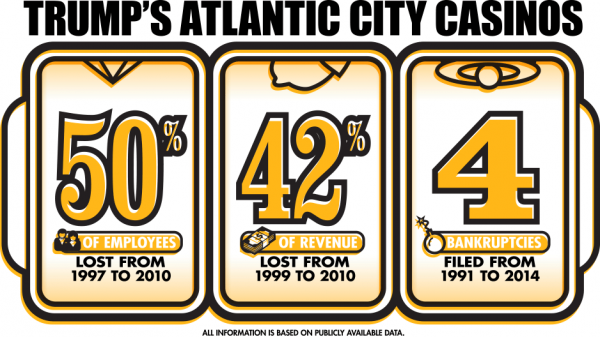 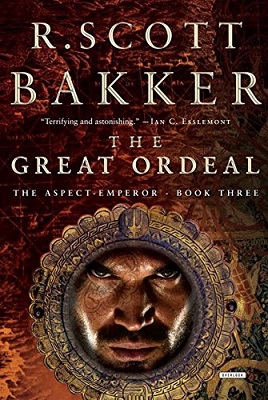 The Great Ordeal by Canadian fantasy author R. Scott Bakker is the third book in the trilogy The Aspect-Emperor. That trilogy follows the first trilogy called The Prince of Nothing. Since detailing the multistrand storyline of The Great Ordeal would involve a heavy amount of spoilers and summarizing a plot just as epic and complex as the The Song of Ice and Fire series, I’m going to review the novel in the spirit of a brand profile. (I’ve written brand profiles in my recommendations over at Alcoholmanac. It’s a convenient way to give an overview of several products. So consider this review somewhere between flavor text and tasting notes.)

Thought experiment: George R. R. Martin is The Beatles. R. Scott Bakker is The Velvet Underground. (Full disclosure: I haven’t read any of George R. R. Martin’s books from The Song of Ice and Fire, but I have read enough reviews of said books to have an elementary knowledge of their plotting, atmosphere, and characters.) The comparison is less about a specific author’s Coolness Factor and more about the tone of their world-building. While Martin’s work hearkens back to medieval Europe, Bakker’s novels focus on a world akin to the latter days of the Byzantine Empire. It is a world devastated by The First Apocalypse. Magic and sorcery play out against an incredibly complex political backdrop.

The Prince of Nothing trilogy follows a warrior of unknown provenance by the name of Anasurimbor Kellhus and a lone sorcerer named Drusus Achamian. Kellhus rapidly ascends the political ladder, eventually becoming Aspect-Emperor of the Three Seas, and reconquering most of the continent of Earwa. Drusus Achamian follows Kellhus during the battles and political squabbles that fuel his meteoric rise. Achamian is also a member of a disgraced sect cursed by witnessing the events of the First Apocalypse whenever they dream. Achamian’s mission is to prevent the Second Apocalypse and the rise of the Unholy Consult, a long-defunct group known for its skin-spies. (Think Facehugger from the Aliens series and a biomechanical creature that can mimic a person’s face.)

Before we go any further, another consideration. George R.R. Martin wrote for TV before embarking on his epic masterpiece. R. Scott Bakker has a MA in theory and worked toward a PhD in philosophy before ultimately abandoning it. Bakker, through a kind of literary alchemy, has created a darkly epic fantasy series that balances a strong narrative drive with challenging philosophical discussions. He has also created an epic series that pays homage to its genre heritage, while simultaneously ripping apart its central tropes. The Lord of the Rings had a Chosen One (Frodo Baggins) along with the forces of Good and Evil so stark one could see it from space. Bakker subverts both tropes with anarchic glee.

In the world of the Three Seas, Kellhus is unambiguously The Chosen One. He is incredibly smart, powerful, virile, and both a religious and political leader. He can also be cold, distant, emotionless to the point of inhumanity, and brutally genocidal. He comes from a secretive northern group called The Dunyain. As Bakker explains in the glossary, “A monastic sect whose members have repudiated history and animal appetite in the hope of finding absolute enlightenment through control of all desire and circumstance.” Throughout The Great Ordeal he confronts his greatest generals, daring them to see the fraud of his military campaign and his manipulative nature. While fighting the Sranc, a remnant creature created during the First Apocalypse, these generals endure a crisis of faith. It is further complicated when the campaign stretches beyond its normal capacity and Kellhus orders his soldiers to eat Sranc, an act they first find blasphemous and obscene. As the campaign proceeds, the men turn this one blasphemous act into a kind of Bacchanalian revel with overtones of cannibalism.

Throughout the books Kellhus can come across as an insufferable pedant. Like a cruel professor dissecting a vulnerable undergraduate with cutting remarks and an intimidating intellect. He constantly appears as a deus ex machina, saving the day at the last possible moment. In most books this would be annoying and lazy. But Bakker throws a wrench in the works. Is Kellhus really a benevolent Chosen One or is he a demon in disguise? We never know for sure. Are his acts motivated by the greater good or is he doing everything for his own selfish reasons?
I mentioned virility before. The Aspect-Emperor trilogy also details the domestic lives of his many children. His children range from emotionless zombies to insane psychopaths. The major storyline in this new trilogy is Achamian’s reunion with Mimara, his daughter. Mimara becomes the focus of his journey to Kellhus’s native land and the revelation that she has The Judging Eye. Her ability to see one’s true morality is a frightening power. The Great Ordeal puts the chess pieces in place for the inevitable confrontation between Mimara and Kellhus. Will she be able to divine her father’s true morality?

Kellhus is a character who embodies reason and logic taken its irrational extreme. While the major infrastructure of The Great Ordeal is epic fantasy, Bakker populates his world things influences from sources as disparate as Dune and Aliens. It is familiar and unfamiliar both at once. Bakker also writes with stylistic flourishes by turns baroque and decadent. It is the overblown, hothouse flower style that hooked me from the beginning, coupled with a complex world riven with violence and beauty. Here is an early battle between the Ordealmen and the Sranc:

“The skirmishes were as brief as they were brutal. Screeching creatures hacked and skewered in a shadowy world of violence and dust. Afterward, the horsemen – be they Imperial Kidruhil, caste-noble knights, or tribal plainsmen – would pile the dead into conical heaps, hundreds of them, until they dotted the blasted hillocks and pastures of the coast. There they would stand, cairns of fish-white carcasses, gathering flies and carrion birds, awaiting the shining tide that approached from the southwestern horizon.”

Bakker’s Canadian roots shine through as he describes these knights and sorcerers ranging across vast untamed wilds. If you are waiting for George R.R. Martin’s next book to come out, make sure to read some R. Scott Bakker. It’s epic fantasy of an entirely different flavor, alien and grimdark, convoluted and terrifying beautiful.

Out of 10/9.0 and 10 for epic fantasy fans who like it grimdark and brimming with complexity.