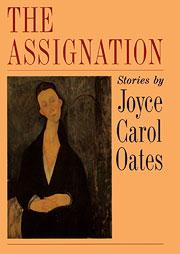 A Touch of the Flu

For years she had tried to conceive a child, and failed; and failed at the marriage too–though “failed” is probably the wrong word, since, wanting a child so badly, and, as some observers (including her husband) said, so irrationally, she simply decided to give up on that man, and move on to another.  And so she did; and conceived within months; and had her baby, a little girl; and lived with her alone, since, by that time, she’d come to understand that there was no room in her life for both the baby and the baby’s father.  Even had he wanted to marry her, which was not clearly the case.
And she was happy with her little girl, if not, as she’d anticipated, ecstatic; except of course in bursts of feeling; wayward, unexpected, dazzling, and brief.  These are the moments for which we live, she thought.  She wondered if anyone had had that thought before her.
That summer she brought her daughter to Maine, to her parents’ summer home, and there, each morning, she pushed her in a stroller along the beach.  She sang to her little girl, talked to her almost continuously, for there was no one in the world except the two of them, and, by way of the two of them, their delicious union, the world became new, newly created.  She held her little girl in her arms, aloft, in triumph, her heart swelling with love, exaltation, greed.  Sand, ocean, butterfly, cloud, sky, do you see?  Wind, sun,–do you feel?
But one day she was overcome by a sensation of lightheadedness, and exhaustion, and returned to the house after only a few minutes on the beach, and handed the baby over to her mother, and went to bed; and did not get up for ten days; during which time she did not sleep, nor was she fully awake; simply lying in bed, in her old girlhood bed her eyes closed, or, if open, staring at the ceiling, sightless and unjudging.  Her mother brought her little girl to nurse; and she pushed her away, in revulsion, and could not explain; for it was herself she saw, in her mother’s arms, as it had been, so suddenly, herself she’d seen, in her little girl, that morning on the beach; and she thought, I cannot bear it.  Not again.
Still, the spell lifted, as such spells do.  And she got up, and was herself again, or nearly; and nursed her baby again, with as much pleasure as before; or nearly.  Her mother looked at her hard and said, “You’ve had a touch of the flu,” and she smiled and regarded her mother with calm wide intelligent eyes, and said, “Yes, I think that was it.  A touch of the flu.”  And they never spoke of it again.

From The Assignation: Stories, by Joyce Carol Oates
Originally published in 1988 by The Ecco Press.