The Brethren: Inside the Supreme Court, by Bob Woodward and Scott Armstrong (1979) 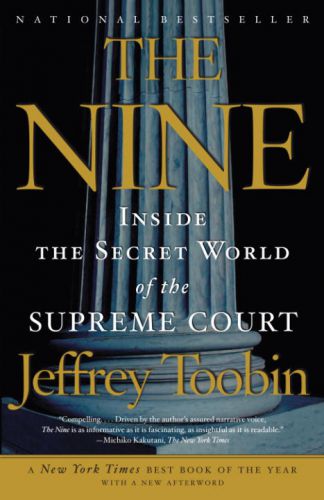 The Nine: Inside the Secret World of the Supreme Court, by Jeffrey Toobin (2007) 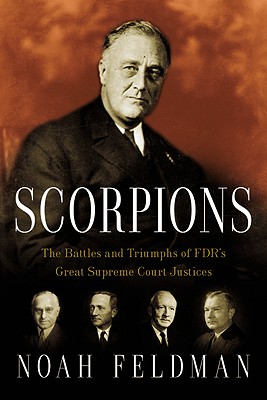 I.     INSIDE THE SECRET WORLD OF THE SUPREME COURT

The Supreme Court of the United States is one of several institutions in our country that radiates majesty, secrecy, and opacity.  Like the Central Intelligence Agency and National Security Agency, it is shrouded in secrecy, periodically issuing decisions with great import to the daily lives of American citizens.  It also possess similarities to the Federal Reserve with a group of unelected individuals commanding great power.  Furthermore, Supreme Court Justices, like Federal Reserve Governors, have a tendency to speak in opaque terminology.  Discovering the importance of a Supreme Court decision sometimes involves digging through mountains of legalese and knowledge of the case’s labyrinthine history up the ladder of the US Justice system.

Supreme Court Justices possess a federal position unlike any other.  While Federal Reserve Chairmen must be re-appointed, once one is on the Supreme Court, one is given a lifetime appointment.  It makes it a hotly contested position, coupled with the small number of seats on the Supreme Court (only nine, despite the best efforts of FDR).  Appointed by the President and confirmed by the Senate, the average voter has little direct influence in the process.  In the past, the voter had even less, since US Senators were not elected via direct election.  (The 17th Amendment, passed in 1913, worked to change the deliberative, glacial, and otherwise necrotic institution.)

These three books under review, The Brethren, by Bob Woodward and Scott Armstrong, The Nine, by Jeffrey Toobin, and Scorpions, by Noah Feldman, work to remove the secretive veil that covers the Supreme Court.  Each book attempts to reveal to readers a “secret history.”  (Similar secret histories have included James Bamford’s series of investigative works on the National Security Agency and William Greider’s exploration of the inner workings of the Federal Reserve.  One can also add the vast, albeit dubious, literature associated with secret societies, and the equally vast literature associated with detailing the histories of the world’s numerous intelligence agencies.)

The books refract off each other in fascinating ways.  One can read punctuated biographies of specific justices.  In The Brethren, President Nixon appoints William Rehnquist to the Supreme Court from his previous position in the Justice Department.  The Nine follows his ascent to Chief Justice following his appointment by President Reagan.  Scorpions explores how Rehnquist, working as a clerk for Justice Robert Jackson, wrote a memorandum affirming Plessy v Ferguson’s segregationist policies.  The memorandum would come back to haunt Rehnquist during both confirmation hearings.  Justices Hugo Black and William O. Douglas were both appointed by FDR (as recounted in Scorpions) shuffle off the mortal coin in The Brethren in its detailing of the Court during the Nixon and Ford years.

The Brethren by Bob Woodward and Scott Armstrong was the first expose of the inner workings of the Supreme Court.  The book covers the Supreme Court terms from 1968 to 1975.  Justice Potter Stewart’s dissatisfaction with Chief Justice Warren Burger’s shenanigans prompted the authors to interview justices, clerks, and other personnel working with the highest court.  On the surface, one would assume the book is a tawdry exposé, but in actuality, Woodward and Armstrong wrote a limited-scope institutional investigation, exploring the personalities, protocol, and positioning that made the Supreme Court a uniquely American civic organization.  One reads about the factions, horse-trading, and decision writing.  The intellectual and ideological components that go into the construction of the finalized Supreme Court decision make for fascinating reading.  Instead of wrangling the necessary votes in Congress, one has to contend with only nine votes, or, at minimum, five votes in order to create a judicial majority and possibly overturn legislation.

The Brethren’s major accomplishment involved making the reader see the Supreme Court as simply another American civic institution.  The Court is an institution with its rivalries and it reaches decisions every bit as partisan and shady as those made in Congress or the Oval Office.  Woodward and Armstrong helped de-mythologize an institution deadly serious about preserving its autonomy, prestige, and authority, even if that involves wrapping itself in quasi-religious pomp and circumstance.

If one deigns to call him or herself an “informed voter,” it helps to know what our alleged representatives are doing, especially at the highest echelons of power, and how the power structure operates.  Responsible citizenship involves more than parroting back empty slogans befitting a bumper sticker and preening about with an “I Voted” sticker like you just won the Congressional Medal of Honor.  The fact that voters cannot elect Supreme Court justices should prompt more people to read books relating the zenith of the Judicial Branch.

Up next: Matters of Protocol