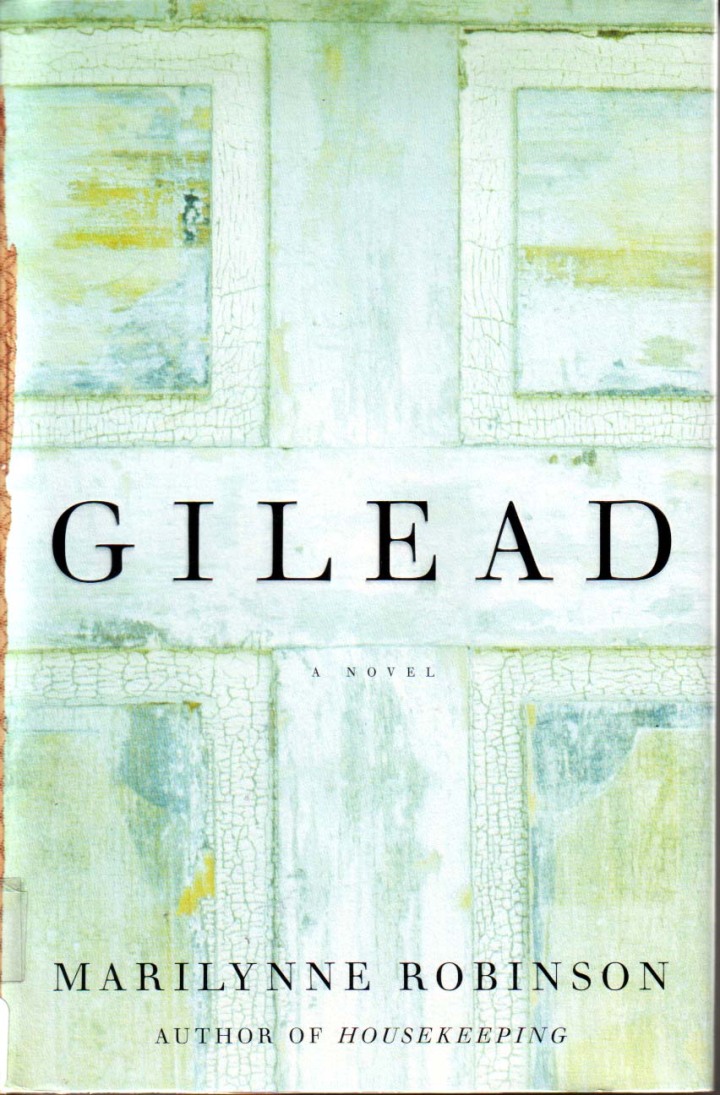 Marilynne Robinson is not a prolific author, but like fellow slow writers Thomas Pynchon and Alexander Theroux, each of her novels is a finely hewn literary masterpiece.  Gilead reveals literature at its finest.  Taking the form of letters written to his young son, Reverend John Ames, an old man approaching the twilight of his years, writes about God, history, fathers and sons, and life.  According to the summary on the dust jacket, the year is 1956.  Past and present commingle as Ames remembers his early life, including his father the pacifist and his grandfather, the fiery visionary abolitionist.  Father and grandfather bore the name John Ames and both were preachers.

The idyllic life in the small Iowa town Reverend John Ames calls home ends when John Ames Boughton returns home.  Calling himself Jack, he is the son of his friend, Old Boughton, a Presbyterian minister.  The specific denomination of Reverend John Ames is not explicitly mentioned, although he makes repeated references to John Calvin’s Institutes and preaching in a shabby little church.  (Old Boughton preached at a much more lavish Presbyterian church in town.)  The denominational specificity remains a non-issue, since John Ames contemplates both sacred and secular events.  Robinson succeeds in humanizing the elderly preacher.  John Ames struggles with the tenets of the faith and his own fallibility.  His writing gives depth to his humanity and the burden of his call to service.  The pendulum swings of his father and grandfather, one a pacifist, the other a warrior and a visionary, give his writing additional tension.

Setting plays a prominent role in the novel.  One normally considers Iowa a caricature of “Real America” (whatever that is), usually asserted by anti-visionaries fearful of big cities, minorities, and progress.  In a conversation, Jack Boughton jokingly mentions Iowa as “a bastion of radicalism.”  Prior to the Civil War, Iowa existed as a geographic hub of a nation roiling with inner tensions.  The state welcomed fugitive slaves from Missouri.  John Ames mentions the small town’s many hidden cupboard and tunnels, oddly reminiscent of Palestine’s Occupied Territories and the tunnels engineered by the Viet Cong.  At that time, militant abolitionists used the state as a jumping off point in their participation in the violent clashes taking place in Kansas.  John Ames grandfather raced off to Kansas to “preach abolition” and to fight at the side of another messianic militant riding the engine of Divine Providence: John Brown.  (During the 2008 Presidential campaign, Iowa went to the Democratic candidate of biracial ancestry Barack Hussein Obama II.  Iowa also displayed its radical tradition by legalizing gay marriage on April 3, 2009.)

The novel interweaves digressive passages replete with intellectual and abstract notion with reminisces that mix memories with events and sensations.  Robinson succeeds in non-writerly writing.  While Ames writes for a living, having penned thousands upon thousands of sermons for his flock, his writing does not come across as literary or effected.  She avoids larding up the text with literary preciousness or showing off verbal cleverness.  The plainness reflects the sparse Iowa landscape, although not to the point of oppressing the reader’s sensibilities.  The prose is sparse but not minimal.  The novel is Whitmanesque in that it “contains multitudes,” despite its short length.

The novel contains revelations about Jack Boughton and his mysterious past.  History, culture, and the changing times threaten to overturn Reverend John Ames’s carefully manicured existence in the small Iowa town.  On the surface, the novel resembles what one might designate as “religious fiction,” yet it is deeper and more transcendent than catering to a specific religion’s tastes.  Regardless of the reader’s personal or religious background (or non-religious, for that matter), Gilead is a moving experience.  It is a rare work, infused with the desires and torments implicit in any religious experience, but it is not preachy.  John Ames writes to his son, not at his son.  This is an important distinction.

The beautifully wrought prose and the deceptively simple plot slowly reveal greater tensions confronting how we interpret United States history, family relations, the divine, and our own fallibility.