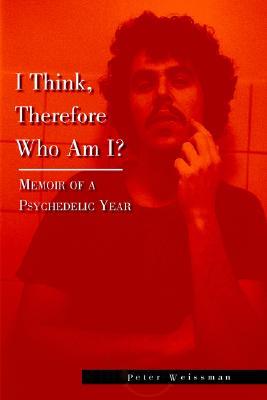 In the film The Limey (Steven Soderbergh, 1999), the record producer Terry Valentine offers his girlfriend an evocative speech describing the Sixties.

“Did you ever dream about a place you never really recall being to before?  A place that maybe only exists in your imagination?  Some place far away, half remembered when you wake up.  When you were there, though, you knew the language.  You knew your way around.  That was the sixties.”

After a pause, he continues.  “No.  It wasn’t that either.  It was just ’66 and early ’67.  That’s all there was.”  Peter Weissman’s memoir I Think, Therefore Who Am I?: Memoir of a Psychedelic Year examines 1967.  Terry Valentine’s speech from The Limey shows how the recording industry has commodified and mythologized the decade to an eager consumer base.  The Sixties remains the popular decade to mythologize, at least among the political Left and rock fans.  On the other hand, the Right readily mythologizes the Fifties with its philosophy of conformity, white privilege, and rabid anti-Communism.

I Think, Therefore Who Am I? demythologizes the decade by taking a detailed look at one year.  The year 1967 represents a utopian vision to those that never experienced it.  The following year, 1968, ushers in feelings of pessimism, civil unrest in major US cities, and military atrocities in Vietnam.

Weissman’s memoir tells the story of one man and his quest for enlightenment.  He encounters visionaries, drug dealers, and other characters in his daily wanderings in New York City.  He travels to California to experience the Haight-Ashbury scene.

Written in a youthful pretentious style, Weissman captures what it’s like to be young and idealistic.  The youthful style works in its favor, since it draws in the reader.  “At the edge of the Platonic huddle now, a joint was thrust in my direction, brusquely welcoming me to the order of the stoned disciples of the weed.”  He reminds the reader the possibilities and fears one encounters before one settles into middle age.

Reminiscent of Nicholas Pileggi’s Wiseguy, the memoir follows an individual through the bad trips, betrayals, adventures, and enlightenment in a year overdetermined by mythologizers and promoters.  While Wiseguy follows the life story of a foot soldier in a criminal syndicate, Peter Weissman’s memoir shows how one still had to hustle and struggle to stay afloat.  The Sixties had great music and charismatic personalities, but one still had to buy food and find a pad where one could spend the night.  Weissman tells of these daily experiences, the good and the bad.

My only pet peeve relates to the book’s production, not the content.  The publisher, Xlibris, has a paperback version of the book.  Unfortunately, the paperback’s front and back covers curled.  In my correspondence with the author, Weissman assured me this problem was not seen in the hardcover version of the book.

I Think Therefore, Who Am I? is recommended to anyone curious about the Sixties.  The unique perspective, focusing only on one year, offers a nice change from the memoirs flooding bookstores.

3 thoughts on “I Think, Therefore Who Am I?: Memoir of a Psychedelic Year, by Peter Weissman”