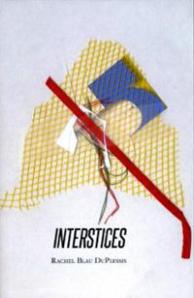 In the beginning was the Word Virus …

“From symbiosis to parasitism is a short step. The word is now a virus.”

Poetry has been with man since the beginning. Before writing itself, spoken to listeners, passed down orally to those unable to write, but possessing sharpened memories. Today we sit down and star at glowing rectangles, interconnected, the Word gone viral and virulent. In our postmodern condition, Postmodernity itself nothing more than old news, another aesthetic movement in the Infinite Library at our fingertips, what do we do then?
Interstices, by Rachel Blau DuPlessis, is a slim volume of poetry that seeks to find a way out of the maze of language. The Language Poets, Conceptual Writing, and the Avant-Garde brought together in a search for meaning in the 21st Century.

All pretentiousness and Theory aside, Interstices is poetry for those who love language. For linguaphiles and those philologically inclined. It is poetry that explores the limits of what can be done with language and the poetic line, yet it avoids self-seriousness by mocking its own agenda. Hardly coincidental that the most pretentious are the most humorless. 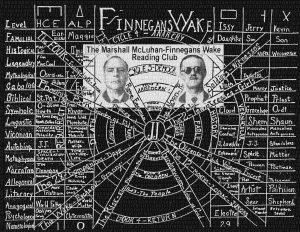 Interstices arrangement comes from alternating sections, Ledgers and Letters to –-, 26 of each, a kind of alphabetical kabbalah. And, according to Merriam-Webster, an interstice is “a small space that lies between things : a small break or gap in something.” This slim volume of poetry inhabits the small space between the confessional and the conceptual; between intimate emotional exorcism and the machine-like mechanisms of language itself. 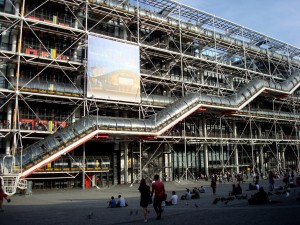 “The significance of a myth is not easily to be pinned on paper by analytical reasoning. It is at its best when it is presented by a poet who feels rather than makes explicit what his theme portends; who presents it incarnate in the world of history and geography, as our poet has done. Its defender is thus at a disadvantage: unless he is careful, and speaks in parables, he will kill what he is studying by vivisection, and he will be left with a formal or mechanical allegory, and what is more, probably with one that will not work. For myth is alive at once and in all its parts, and dies before it can be dissected.”

The critic risks becoming an accidental vivisectionist, killing the work in the process of its explanation. DuPlessis anticipates this by becoming her own vivisectionist, laying bare the viscera of her art. This is poetry about language itself. In the first Letter, addressed to X, she writes:

Plot is sticking out all over and
yet these events aren’t linked
causally. Things happen, one
adjusts—and keeps talking
in pulses of feeling
that propel correspondences
whenever one responds “Dear X.”

I want the interstices.
Spatter lines, sketch lines, and cryptograms
acting in and on an endless vast excess.
A splintered apparatus. Babel left in rubble,
a map of seams as large as the remains.

Like the Pompidou Center, this is poetry with its viscera exposed. Language exploring the mechanics of language. In the end, after all our attempts at profundity, we are left with “spatter lines, sketch lines, and cryptograms.”
Beyond the postmodernist mechanisms and linguistic deconstruction of language, DuPlessis writes about confronting sickness and death. She gives Paul Klee’s self-written epitaph to a friend, but in the end finds its impolite. Sometimes the weapons of our intellect can’t combat the existential threats like suffering and death. 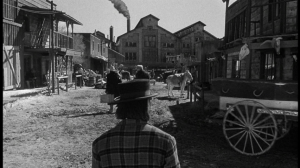 The Town of Machine

Train Fireman: I’ll tell you one thing for sure… I wouldn’t trust no words written down on no piece of paper, especially from no Dickinson out in the town of Machine… you’re just as likely to find your own grave.

Like the Train Fireman said, he doesn’t trust no words written from the town of Machine. Conceptual writing is a machine, designed to explore and expose the viscera of language. Poetry as exploded view, like seeing the inner workings of an engine or the cutaway view of a sports car or a jet fighter. How do the bits work? How is it put together? How can something that heavy actually fly?

Interstices is a joyous deconstruction of language and the poetic act. But deconstruction is an explosive act. To some it is emblematic of the dissolution of the Eternal Verities (the True, the Good, the Upper-case) and the herald towards things like moral relativism. To others it is a necessary destructive act, knocking off the pedestal the Dead White Male and the Western Canon. But asking questions will always be a dangerous act. But can Interstices be more than a poetic product aimed at the academic crowd? The teasing humor helps make this more than a bloodless linguistic autopsy. It is another machine in the assemblage that is Language. Language is not a dead, set-in-stone, grammatically correct Ideal. Language is dirty, amorphous, slangy, and constantly changing. (See the controversy over the addition of “twerking” to online version of the OED. Reactions were, on the whole, apocalyptic and overblown.) 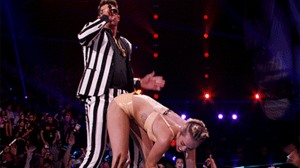 The Apocalypse, according to social media.

This is a volume of poetry that understands its impermanence and mutability. Language will never stay in one spot and beg like an obedient dog. Language is a virus, infectious and malevolent. Interstices attempts to capture a fragment of that virulence, to pin it down, but with the understanding that this very act is futile and comical. You don’t have to be a poetic MFA candidate to enjoy this work, all you need is a love for language. Language in all its beauty and excess and mutational glory.