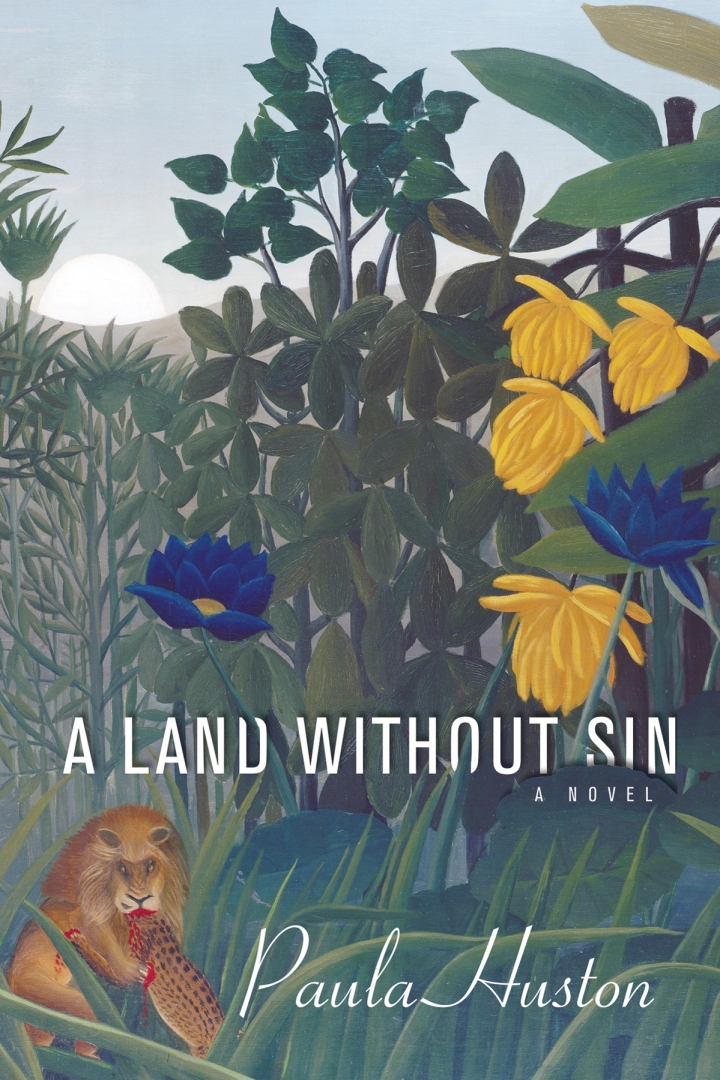 Because Paula Huston’s novel A Land Without Sin offered a winning combination of intellectual heft, family drama, and international adventure, I awarded it with Best Adventure for my 2013 Year in Books pick. I summarized it by saying it was like a combination of Graham Greene and Indiana Jones and the Raiders of the Lost Ark. This novel needs a more in-depth review, since it is a rare treat: a cerebral action adventure novel.

At first blush, I didn’t know what to expect. The title sounded like one of those Christian inspiration tracts and the plot involved a sister searching for her long lost priest brother among revolutionary Zapatistas in Mexico. I felt like Homer Simpson when he opens the door to see Reverend Lovejoy and Flanders. “This isn’t going to be about Jesus, is it?”

To back up a bit, the plot has its share of intellectual heft and action adventure. In the novel, Eva joins a Dutch Mayanist and his son as they investigate abandoned temples in Guatemala and Mexico in 1993. Eva works as a freelance photographer, documenting Jan’s work. But Eva is on this expedition with an ulterior motive. Her brother, Stefan, disappeared years earlier, working as a priest in Zapatista-controlled Mexico. Eva is on this journey with a false passport. Among the more harrowing scenes is her travels across the Guatemala-Mexico border and being eyed by the corrupt Mexican border patrol.

What Paula Huston gives the reader is a mature and cynical adventure novel. (Cynical adventure is the flip-side to idealistic adventure. For more on the genre’s attributes and a plethora of examples, check out the website hilobrow.com and its feature “Save the Adventure.”) Just because this novel can be considered an adventure tale doesn’t mean the genre is a YA lit ghetto. As culture critic Joshua Glenn championed in his “Save the Adventure” essay series, “We should be wary of the rhetoric of maturity vs. immaturity; it’s the (liberal, capitalist) dominant discourse’s way of pooh-poohing utopian, romantic, idealistic ideas and visions — which are depicted as silly, adolescent.” Throughout the novel, Eva deals with Stefan’s idealistic hopes for humanity and his Catholic faith.

Eva and Stefan come from a Chicago-area family of Croatian Catholics. Eva decides to go look for her brother after working as a photojournalist in war-torn regions of the world. Eva is unsentimental and a nominal atheist. Nominal because throughout the book she struggles with the legacy of her Catholic upbringing. She lacks the smug certainty of those atheists adept at manufacturing schlocky Reddit memes. (Besides a character with fanatical certainty is dramatic poison in fiction. Characters who are so certain of their beliefs are boring. Unless they are a supervillain.) While roughing it in Latin American jungles, Eva reads a series of letters written by Stefan to his friend Jonah. As she reads these letters, Eva mentally argues with her brother, questioning her faith (or lack thereof).

In her journey, Eva meets fellow academics who debate the big issues of Pre-Columbian archeology and Jan’s sickly wife Anne. Anne is a wheelchair-bound Quaker who teaches Spanish to the indigenous Mayans. Huston handles the interactions between Anne and Eva with nuance and skill. In other hands, Anne would come across as pious faith-bait. It is refreshing to encounter as a character with unshakeable and a disability that isn’t turned into a caricature of simple morality and Christian values. Huston challenges the reader, but doesn’t insult the reader’s intelligence.

Eva eventually breaks off her relationship with Jan, confessing why she was with him and her quest to find her brother. She goes off on her own and enters the Mexican jungle wilderness. I won’t spoil the rest of the novel, since Eva’s ongoing quest to find Stefan is both torturous and suspenseful. For Eva and Jan, both witness the beauty, brutality, and bloodshed, each hoping in their own way that this impoverished and oppressed region can find a means to transcend the constant bloodletting.

The description of the jungle environment, Eva’s intellectual battles against the simplicities of religious faith, and towns under siege by revolutionaries and government forces all comes across as genuine and lived-in. Highly recommended for those who enjoy the works of Graham Greene and for those who see the struggle between faith and atheism as more complex than accruing cheap debating points.

One thought on “CCLaP Fridays: A Land Without Sin, by Paula Huston”