Back in May, I reviewed The Duke Don’t Dance, by Richard Sharp for the Chicago Center for Literature and Photography.  The Duke Don’t Dance is a historical novel focusing on the lives of several men and women from the Silent Generation.  In this interview, I ask Mr. Sharp about the burdens of speaking for a generation, plausible deniability, the writing process, and his favorite writers. 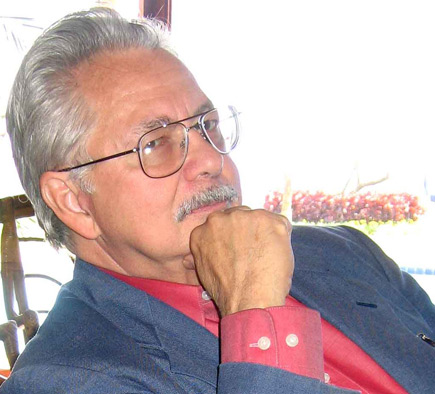 What inspired you to write The Duke Don’t Dance?

The simple answer is that I found that expression written above a urinal in an office building men’s room in Washington, DC in 1980. It had a kind of “Sounds of Silence” words-of-the prophets ring to it as advice to a transitional generation, saying “no one will dance for you, you have to dance for yourself.”  The Duke Don’t Dance  (TDDD) attempts to portray the struggles of those with pre-World War II origins, but reaching their maturity in the post-war world. This is an elusive age segment of American society, little understood and an all-but-empty shelf in fiction. I hoped to add something to that niche and perhaps encourage others to also do so.

Is there additional pressure for writers who seek to speak and/or judge an entire generation?

Good question Karl. I think the real pressure is on those who seek to characterize millions of people in a certain age bracket by a single defining characteristic, such as “silent.” TDDD portrays the lives of several members of the “Silent Generation” who are quite diverse in background, life experience and attitude, but doesn’t claim to capture the full range of experience of that age group. Unlike the Baby Boom, named after a verifiable demographic fact, and the “Greatest Generation,” selected to describe people who lived as adults through the two major events of the Great Depression and World War II, the “Silent Generation” purports to define those born between roughly 1926 and 1945 by behavioral characteristics — silence and passivity. This is pseudo-science nonsense. However, some are so committed to the stereotype that they will gerrymander the age bracket to fit their prejudices, pushing the start of the baby boom back to 1942 or simply excluding those born after 1941,1935 or some other date as not being sufficiently “silent”. In fact, when the 1951 Time magazine article coined the term, only those born between 1926 and 1930 were then adults – hardly a generation. The highly dubious insult was little more than a neighborhood grouch yelling “ Get off my lawn!” Still, it came to label some 50 million Americans.

Though TDDD doesn’t seek to re-label those millions with some other term, I did feel a responsibility for a fair portrayal of my protagonists as at least not atypical of their times. They are reasonably intelligent, college-educated men and women, with a variety of experience and attitudes, neither extreme liberals or conservatives, born in the latter half of the “Silent Generation”  (i.e. after 1935) and perhaps then a little less traditionalist than those a little earlier. TDDD does not divide them between good and evil, as extremists of political, cultural or religious positions or as hyper successful or fatally flawed. I did want to bring out clearly some of the enormous social changes that this generation helped bring in or had to address for good and ill: the new music of rock and roll, the sexual revolution and feminism, the struggles for racial equality and women’s rights, the troubling psychological and physical issues of the cold war, the rise of the drug culture. Today, most of this turmoil is associated only with the Baby Boomers. The pressure on me was to correct this misperception in a balanced manner that didn’t denigrate either the preceding or subsequent generations and tells a story of sufficient interest to communicate that history.

Why the focus on covert operations and lobbying groups in The Duke Don’t Dance?

While maintaining deniability in both areas, my personal history did take me to all of the places described in the novel. Also,you can’t be based in Washington DC, as I was for 40 years, without being aware of such matters. Dramatically, however, both covert operations and lobbying are laden with moral ambiguities, so they provided perfect settings for the ambiguities in the protagonists themselves.

Can you talk a little about your writing process? How many drafts do you usually go through with a project like this?

Although TDDD is rather contemporary, I consider myself a writer of American historical fiction.( Two novels about to be released are set in the nineteenth century.) For that reason, I do a lot of research as I write, on both big issues and fine details. As I write, I alternate among original drafting, research and editing in progress. This is very helpful in avoiding writers’ block, an a new factual tidbit or an editorial correction can often jar you out of mental ruts. After I have a complete draft, I will re-edit the work at least twice before any work with an outside editor/publisher.

Who are some of your favorite writers?

In spite of being a male writer with a guy’s perspective on my stories, I have long adored Isabel Allende’s novels and memoir, and read all of the early novels both in Spanish and English. I feel that the credibility of my female protagonists owes a lot to her. A number of German authors influenced me, including Brecht, Mann and Hesse. I have been deeply into Wilde and Poe, but somewhere under the serious stuff, I have a Dave Barry waiting to get out. And I’m deeply in love with Lisbeth Salander.

Are there any current projects in the works?

Two historical novels, Jacob’s Cellar and Time is the Oven will be released this fall. Another contemporary novel, Crystal Ships, is in the works for 2013. Information is available on http://richardsharpnovels.com/

One thought on “An Interview with Richard Sharp”