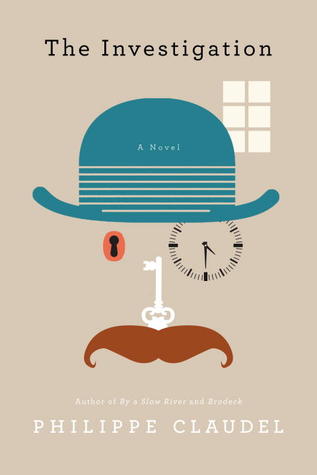 Originally published as L’Enquête
Translated from the French by John Cullen
Nan A. Talese | Doubleday

A balding conservatively dressed Investigator comes to an unnamed town to investigate a series of suicides on the grounds of the Enterprise.  The Investigator possesses a forgettable blandness; the Enterprise is an enormous campus with numerous buildings and is engaged in nearly every kind of industrial production one could imagine.  After disembarking from the train, the Investigator has a challenging time.  He’s rebuffed by the Guard and then wanders aimlessly throughout the City.  Finally, he discovers the Hope Hotel – located rather close to the train station he just left – and meets the Giantess, a large woman in a dingy bathrobe who shows him to his room.

The Investigation chronicles the frustrations and travails of the Investigator in his futile quest.  Try as he might, his investigation becomes a surrealistic farce when he deals with obfuscating Enterprise personnel, arbitrary regulations, and the schizophrenic interior design of the Hope Hotel.  The back cover compares Philippe Claudel’s novel to the works of “Kafka, Beckett, and Huxley,” hoping the reader will grant the novel entrance into the hallowed pantheon of literary heavyweights.  But let’s back up a bit …

The novel charts the ineffectual Investigator and his encounters with other individuals like the Guard, the Giantess, the Guide, the Policeman, and the Manager.  The naming humor gets diluted in translation since the French language capitalizes its nouns.  In English, the characters possess a mythical quality like the Tortoise and the Hare in Aesop’s Fables.  On the other hand, the capitalized names offer a frisson of respectability and a notion of officialdom.  Peculiar behaviors in these characters become downright strange when they start switching job titles.

Throughout, the Investigator thinks his ill treatment is caused from him experiencing a rather vivid nightmare.  Claudel has written the novel in such a way that one really can’t be sure.  Is it a nightmare?  Are these events actually happening?  Despite the capitalized names of the various characters, the novel possesses a haunting realism.  Not the gritty detail-laden realism of, say, Honoré de Balzac or Émile Zola, but real enough for you to know the Investigator isn’t dreaming.

Without wanting to sound too glib, the Investigator’s failed attempts to investigate reflect Claudel’s attempts the investigate human nature.  Are we more than our job title?  Is it human nature to do or to be?  What compels us to follow those seemingly arbitrary rules, regulations, and edicts set down by the various authority figures we encounter everyday?

The Investigation is less an heir of Huxley, Kafka, and Beckett than a hilarious and unsettling fable in the spirit of Terry Gilliam’s Brazil and the humor of discomfort and embarrassment like that of Freaks and Geeks. 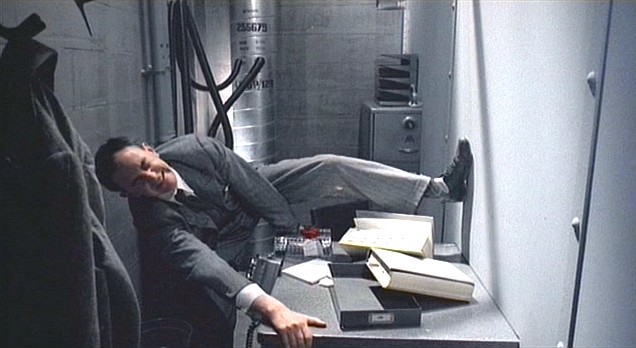