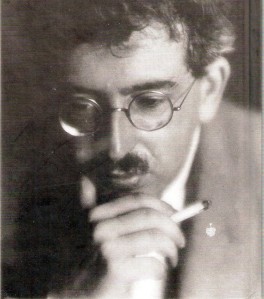 But, one might object, if the production of such words is so grounded in the nature of language that all words which lecherously indulge in the excesses of communicative energy find themselves on the boundaries of the obscene, then it is all the more important to banish them from writing.

On the contrary. It is society’s duty to put these natural – not to say profane – processes in the life of language into service as natural forces. Just as Niagara Falls feeds power stations, in the same way the downward torrent of language into smut and vulgarity should be used as a mighty source of energy to drive the dynamo of the creative act. What poets should actually live on is a question as shameful as it is ancient, and one that up to now has been answered only with embarrassed evasiveness. Whether they look after themselves or whether the state assumes that task, the result is the same: their starvation.

Walter Benjamin, “A State Monopoly on Pornography,” December 1927, in Walter Benjamin: Selected Writings Volume 2, 1927 – 1934, translated by Rodney Livingstone and Others.

Religion is, as it were, the calm bottom of the sea at its deepest point, which remains calm however high the waves on the surface may be. –